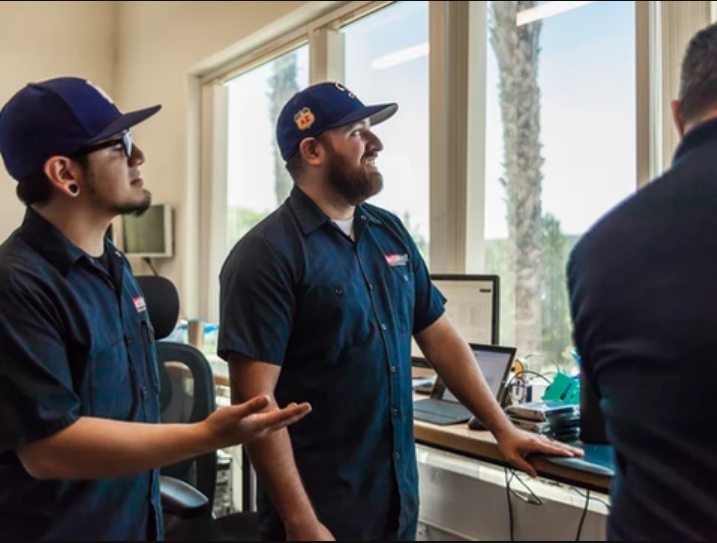 By unique circumstances, I was fortunate enough to work for the OEM in a timeframe when there were many, many generations of equipment coming through. In my lifespan with the OEM, I lived with them for 15 years, they were my job, and for 15 years in that timeframe, 13 evolutions of equipment came out. From the 2x platform all the way to the 15x platform came out in the time I worked for them. I happened to have a job in installations because of my experience in my past life, I did installations and upgrades. So, GE trained me, the OEM trained me, to do upgrades; to take the equipment and take it from one generation to the next. That training within the field has given me a really unique perspective and a really unique capability.

Thinking of how instead of why not

I like to tell the story about a point in my career with the OEM. We were working on another OEM’s magnet. During that evolution of imaging, different vendors made the magnets. So, Oxford made magnets for both Philips and GE, that same magnet was used on both platforms. One of our customers had the other OEM’s equipment and I was asked if I could do the upgrade from 4x to 5x on the piece of equipment, if I could take it from a 4x system to a 5x system, and I said, “Yeah, there’s no reason we can’t do that.” They sent me the kit. The kit came, we went to do the upgrade, and there were six or seven parts that didn’t fit exactly the way they were supposed to because the magnet was made for the other OEM. I took them over to my uncle and had him drill some new holes and put some new pieces in and re-fabricate a piece so it matched it exactly, it matched form, fit, and function just like it was supposed to and finished the upgrade. I didn’t say anything to anybody, didn’t do anything else, the upgrade finishes and we go on.

So, my manager starts selling the upgrade to another customer. And I get a call 12, 14 weeks later and they’re saying, “This upgrade doesn’t work. These pieces don’t fit. How did you complete the upgrade?” And I said, “Well, I took them to my uncle and had him machine these parts and had him fix this.” They responded with, “You can’t do that. That’s not what we do.” Where I said, ” well, I can get those parts machined for you, too, and then we can send them to you and it’ll happen. Or I can fly out and fix it. Which one do you want?” So we had to back up and quit doing those upgrades. We fixed that customer in that situation, but the point is, it’s just in my nature. It’s the way I was born. It’s the way I was raised and it’s the way I’ve evolved in this industry. So taking it one step further than they can is kind of the nature of Southwest.

Importance of Empowering Your Team

This type of thinking has permiated my team and they contine to improve on it. My team is empowered. They know that it’s not about whether they make a mistake or not, it’s whether they serve customers, whether they serve the customers’ needs. And because you empower them to that extent, we make little mistakes. We step on our toes along the way. But as long as we know that it’s fine to make a mistake, as long as you’re not making the same mistake twice, as long as you’re moving forward and serving the customer’s best interests, you empower people to do great things, things that I could’ve never thought of.

I’m amazed by my people. I have a thought pattern that says, “I’m going to get from here to here.” And when I get there, my people, my teams, take it one step. Take it two steps. Take it a hundred steps further than I ever thought of, by having that level of empowerment. I love it. I love seeing what they develop and when they take it to the next level, because it’s things I couldn’t have thought of, but I can figure out how to incorporate back into the company and make it work for every department in every area. It’s awesome to see people take it way further than I ever thought it could go.