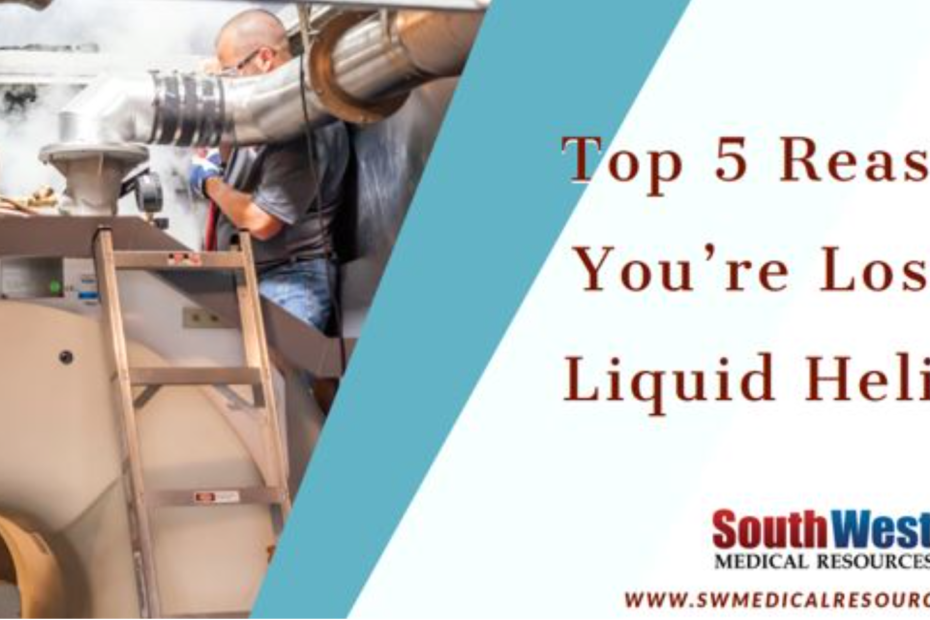 Liquid helium is the coldest element in the world, and maintaining its liquid state is highly specialized and requires constant monitoring. For anyone familiar with this element and how it works with MRI systems, you know that boil off is an accepted and expected factor in MRI service models.

However, in the face of the current helium shortage, helium loss has gone from an expected occurrence to an extremely costly challenge for healthcare providers.

What is Causing the Helium Shortage?

Blocked foreign shipments, pipeline management issues, plant outages and the shutting down of the National Helium Reserve have all caused the unpredictable helium market and served as a catalyst for the crisis in our industry.

While efforts are being made to curtail the global helium shortage, the effects of this crisis are already being felt by health care service providers in our industry. According to the Bureau of Land Management, helium prices are predicted to keep climbing and are expected to jump another 135 percent on-year for 2019 (Gasworld).

While long term solutions are a worthy cause, they will require an investment of time, money and resources before they can be considered a realistic and implementable approach to limiting the real expenses this crisis is already causing for providers.

OEMs generally cite 1000 liters of helium is lost on an average system annually. With average helium prices currently at $25+/liter, the dollars and sense of this crisis can have a profound impact on health care providers.

1. Coldhead/Compressor – When coldhead’s fail, magnet pressures will increase. When this happens, the MRI’s venting system is triggered due to the increased pressure. Unaddressed coldhead failures will result in continuous venting, commonly referred to as ‘boil off’ which describes the point at which liquid helium boils off or is released (thru venting) into the atmosphere much like boiling water.

2. Downed Chiller – When the chiller goes down, the inevitable effect is a shutdown of both the coldhead and the compressor. As a result, the critical systems necessary for temperature regulation are crippled also resulting in helium boil off. Due to the critical role the chiller plays in this system, a downed chiller requires immediate attention and results in longer down time and more costly repairs.

3. Power Failure – Power failure is much the same as the chiller failure. If the power goes down then the compressor shuts off, the coldhead shuts off, and the helium is released through the opened vent.

4. Magnet Leaks – Magnet leaks are really only detectable through constant monitoring of your helium levels in your magnet over time. Depending on the size of the leak, some are easier to catch, and some are difficult to detect right away. You need to be monitoring your helium consistently to see if you’re actually losing helium (despite the magnet pressure being stable and the coldhead running smoothly).

5. Failures After Hours / Over the Weekend – We recently had a customer call us and say their helium went from 65% to 20% over a course of a day. After getting to the site and investigating what was going on, we discovered the coldhead was failing and had been failing for over a week. The customer did not notice it until they were getting alarms. We changed the coldhead and filled the magnet with 1,000 liters of helium, costing the customer $25,000 just because they didn’t have a magnet service contract in place. This is the kind of expense you can expect without proactive MRI monitoring.

Eliminate Your Loss with Helium Zer0

While these 5 common failures and complications have become an accepted risk in managing MRI systems, we propose rethinking how you proactively approach these risks rather than continuing to react when they do occur.

Understanding the market conditions that are causing the volatility in helium pricing and the fact that long term solutions are in their infancy stages means MRI management is more important than ever. By taking a proactive approach to MRI maintenance, you can prevent costly helium loss from occurring and in-effect control what might otherwise be a volatile factor in your business’ bottom line.

Proactive MRI management will not only limit your down-time, but it will also decrease (and in some cases eliminate) Helium loss, so you’re less affected by this crisis.

If you’re ready to explore a new way of thinking about proactive MRI management that limits the effect this crisis has on your bottom line, we encourage you to download our informational guide to Helium Zer0 and contact us to start your journey toward eliminating your helium loss.